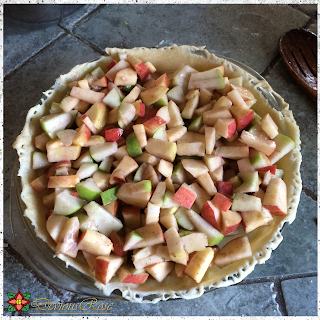 I meant to release this recipe Monday as a potential Thanksgiving or other kick-off-the-holidays treat, but I'm releasing it now.  If you know how to make pies and are good at them, this should be a quick little thing to whip up and bake.  If you don't, fear not.  Making them isn't hard- prep work will take about an hour the first time, but if you follow all instructions and grab some helpers, it'll be fun and it will still taste great.  You can also cut a lot of the effort if you buy one of those premade pie shells.  You'll still have to make the top crust, but it's WORTH it.  If you DO know how to make pies, this one's a little different.  I'm not a lover of the traditional flaky crust as used in most baking traditions.  I'm used to Mexican pie crusts, which are sometimes flaky and sometimes crunchy.  Since I taught myself to make pies when I was 10, I often got lazy and cheated, or did something to cut my cooking time, which resulted in my finding out how to make a crunchy crust.  It is also how I invented this pie recipe, because I tried out 3 apple pie recipes and they all tasted so store-bought.  Until this.  For the crunchy crust, you use melted butter instead of cold butter or shortening.  And you can mix the leftovers with cheese and make crackers!  With cheddar, it's homemade cheez-its! 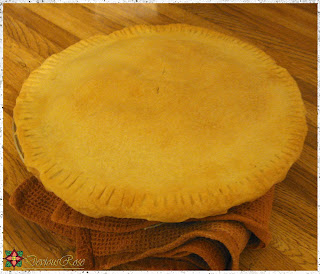 Figure 2: I apologize for the poor-quality photo.  It was, of course, still delicious.

So, how is this apple pie different?  It still has airs of the traditional, of course.  It has the look, the cinnamon (a LOT of cinnamon), and it's delicious.  The difference is my addition of cranberry juice.  It HAS to be cranberry juice.  It can be a blend, but it must be cranberry juice.  I've used grape and apple juice, and the taste is not as satisfying.  I've used cranberry apple, cranberry, and cranberry grape juice with success.  Make sure it's natural juice.  Ocean Spray is okay, as is Sam's Choice.  Langer's can be iffy, for whatever reason.  Sometimes I add walnuts or pecans, maybe some pear or a handful of blueberries.  The choice is yours!  (Note: For a tasty pear pie, follow the recipe, but replace apple with pear and the cranberry juice with apple juice or just a splash of water.)  For a diabetic-friendly recipe, Ocean Spray carries some sugar-free cranberry juice, and I substitute Splenda for the sugar. 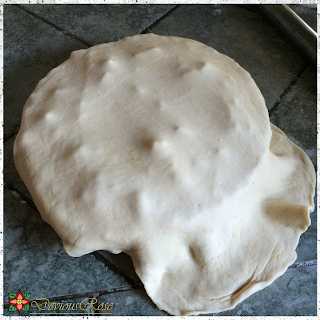 Figure 3: Layering on the top crust! 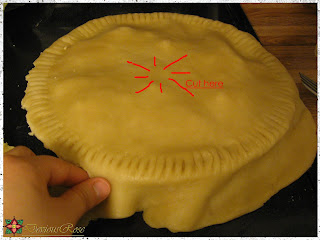 Figure 4: Cut where the red is to allow pressure to escape the pie.

Preheat oven to 450˚ F.  In medium bowl, sift flour.  Pour in melted butter and mix with spoon.  When no longer hot, mix with hands until evenly mixed.  Pour in milk or water, and knead again with hands.  Dough should be smooth and not sticky, but still pliable and easy to work with.  Knead for 2-5 minutes, then split in half.  Set one half aside for later.  Flatten second half on clean, floured surface, flour rolling pin, and knead from center out to a ~12-inch circle about 1/4 inch thick.  To check if your crust is big enough, hold your pie pan over the dough center.  Edges of dough should just peer out over pie pan.  When suitable size, lift and transfer crust to pie plate, folding edges over.  Wet the sides of the crust and flatten with fork, then trim the leftover edges with knife or kitchen scissors- like Figure 4, but with bottom crust.  Pierce bottom of shell with fork, then bake for 10-15 minutes.  You can freeze it after it cools.

Preheat oven to 375˚F.  Place apples in small bowl.  If you're not sure if they are enough or too much, I often place them in my pie shell to check.  Add dry ingredients and mix well, then add cranberry juice and mix well again.  Pour filling into pie shell, roll out top crust to circumference at leash 0.5 inches larger around than that of your pie pan.  Crust should be ~1/4 inch thick.  Wet edges of pie with water and press down with thumb and forefinger, then again with a fork (Figure 4).  Don't worry if it's not perfect, it will still taste perfect.  In center of pie crust, slice 4 or 5 holes in the shape of a star to let steam escape during baking.  After that, trim the edges, cover pie edges with foil, and bake for 30 mins.  After 30 mins, remove foil and bake for 35 mins.  Let cool at least a half hour, then enjoy!
Posted by Krystalle at 10:08:00 AM